The next few days are really the most spiritual days of the year in our modern culture. People are stepping outside of themselves and setting intentions for the year ahead– looking at what they want to release and considering what they want to draw in. It shows how much we all want the same general things in life: to feel as though we’re happy and making progress in our journey.

2018 begins with a Supermoon, a dramatic entrance into a new year. And the Moon will also be in her home territory, the watery depths of sensitive Cancer– a sign that needs to protect its internal processes from the outside world, just like its symbolic crab. The soft inner nature of Cancer depends on its hard shell of secrecy to keep it safe. Which means we can be in touch with deep insight and intuition during this phase as we listen to what our internal voices are saying to us– but there’s also the chance that we fear defending that privacy from everything outside of us. 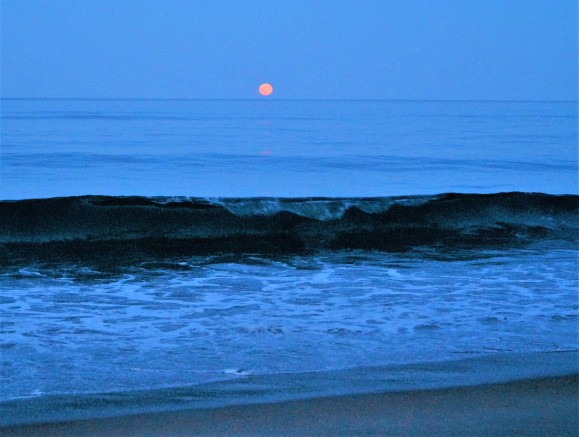 This nurturing, healing quality of the Moon in Cancer is what 2018 is all about. There’s such a strong feeling of exhaustion in the world right now– we’re weary from the negative energy pressing down on us all the time, the endless onslaught of disgusting human behavior. Humanity is wounded, and we need this Great Mother Moon to start out the new year. This recharges our emotional body with a starting point of love and hope.

But the Moon will make oppositions to Saturn, Venus, and the Sun on the first day of 2018, and this powerful Capricorn influence represents the need to come out of the shell, to effectively bring this healing into the reality of what we do every day. And this touches on a bigger theme of the next few years, as Saturn (slowly) approaches Pluto in Capricorn. In order to fully heal what is going on, we need to accept the darker parts of ourselves and of each other. We tend to judge other people based on factors that we perceive about them– and while it’s true that we may not all be able to get along, the hard edge we create with that judgement ends up shutting us down. When the inner voice is harsh to others, we’re going to hear it too.

Ultimately 2018 is the start of long climb ahead of us, and it’s a powerful moment to commit yourself to authentic wellness. In each of our natal charts, Pluto has been hanging out in Capricorn for about a decade now, unearthing the foundation of the structures of reality. His influence is slow and steady, like erosion on the coastline. It seems barely perceptible until you catch a glimpse of what your life used to be like. Astrologer Stephen Arroyo writes, “Pluto in the individual chart therefore symbolizes the deep-seated psychic impressions resulting from past desires and actions, which now manifest subtly as obsessions and compulsions that have no rational explanation. In other words, the true nature of the original desire is no longer clear to us; yet we are still at the mercy of this inclination, and it often makes us miserable.”

But Saturn is in Capricorn now, and that feeling of helplessness to what makes us miserable is no longer acceptable. Not only is the awareness coming to the surface with Pluto churning up toxic material, but Saturn is getting involved in the game, strengthening our backbone and determination to take responsibility and make things right. Integrity and dignity matter now that Saturn is back in its home sign– we are invited to step into our power and effectiveness in a new way.  The Full Moon in Cancer on New Year’s Day is a symbolic moment of commitment to that better life and better world that we’re all seeking right now, and which we can only create when we take care of each other without blame, shame, and judgement. And that includes the way we talk to ourselves.

Entering into Capricorn season in the northern hemisphere is something we do with sarcasm and a bit of grim determination. Winter requires a certain level of ‘adulting’– simply from the primal perspective of having to deal with the cold, ice, and snow. The effort it takes to get where we are going in the midst of a storm is a metaphor for this astrological energy. Capricorn is the part of our natal charts where we do what we have to do, regardless of how difficult. And we do it because human beings need to accomplish what we say we will– our integrity and self-respect is connected to it. 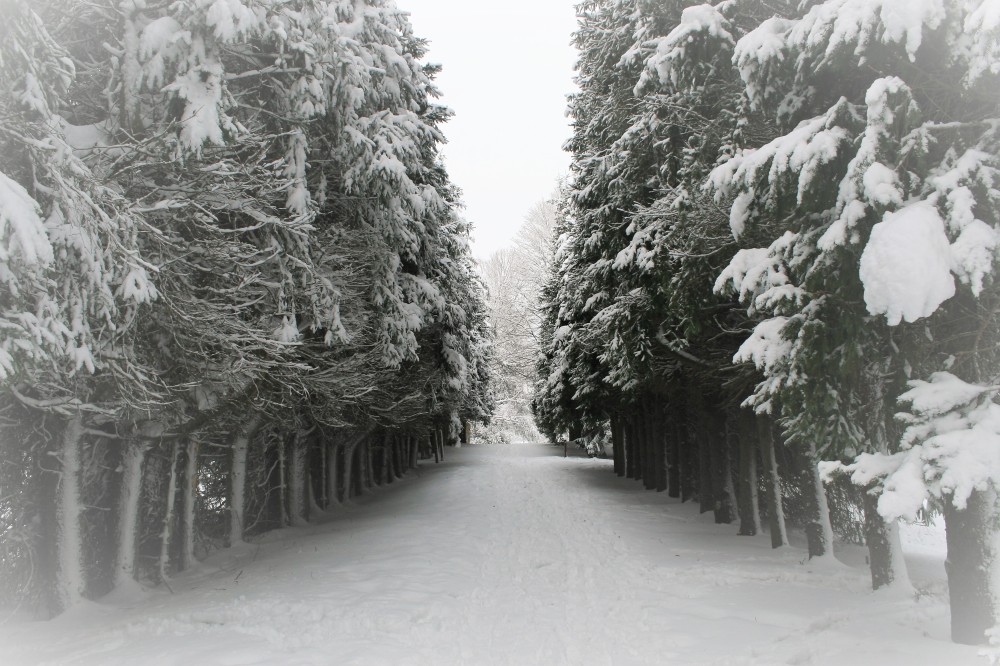 This year’s solstice lands a few days after the start of a new lunar cycle on Monday, December 18th. The Sun and Moon meet up in the last degrees of Sagittarius at 1:30 a.m., and then the New Moon moves ahead into Capricorn later that morning. The next day Saturn makes its move into Capricorn, and the Sun follows Thursday morning at 11:29, marking the official start of the winter season on December 21st.  As if that’s not enough, Venus will join the party Christmas day, entering Capricorn just after midnight. That’s a lot of planets in one sign (including Pluto, who’s been hanging out there for years)! Astrologically speaking, this means that Capricorn themes are on the agenda, individually and collectively.

Capricorn strives for autonomy and personal control. It is the archetype of the wise elder, the symbol of knowledge learned from experience and effort. Adjectives like “ambitious” and “goal-oriented” are often used to describe this sign, but that only points to the surface of what the energy looks like. The true nature of Capricorn is to own their own power– to be able to make manifest what they envision. So there is great strength and resiliency here where one’s word is one’s oath. Committment is serious. Because if we don’t commit to what we ourselves are saying, who else can we trust in the world?

This year’s solstice is supercharged with Capricorn as Saturn, its ruling planet, shifts into home territory for the next 3 years. Last month I wrote about Saturn’s transit of Sagittarius, which challenged our collective philosophy and shattered cultural delusions. The wild chaos and embarrassing lack of morality is unavoidable in our present society. So maybe this shift that Saturn is about to make will bring exactly what we deserve. Without any doubt, a time of reckoning is about to begin. All the hype, distraction, and melodrama will not be able to withstand the stark dignity of Saturn in Capricorn.

If that makes you nervous, this transit is something to start working with consciously. We all have to grow up a little, represented by wherever Saturn in Capricorn is in our chart. Resisting growth will only make the lessons that much harder to learn. This isn’t punishment, and to look at it as such only sells out to laziness and weakness. And we aren’t lazy and weak. There is honor and accomplishment in Capricorn work because we earn dignity, we learn to be our own authority. We trust ourselves. We don’t have to make excuses, lie, and blame. We don’t tweet. If there’s something you have felt unsupported in or too busy/stressed out/weak to commit yourself to, this is the blessing you needed. There are more important things than staying in your comfort zone. Saturn in Capricorn invites us to start climbing the very mountain that scares us, promising one hell of a view.

I am the bended, but not broken. I am the power of the thunderstorm. I am the beauty in the beast. I am the strength in weakness. I am the confidence in the midst of doubt. I am Her!” — Kierra C.T. Banks